Today’s theme is to make a 10 minute card. To be honest, I have made very very few 10 minute card. So this is a challenge to me. So I did a great deal of planning and also had prepared a few things. Here is my card for you first. 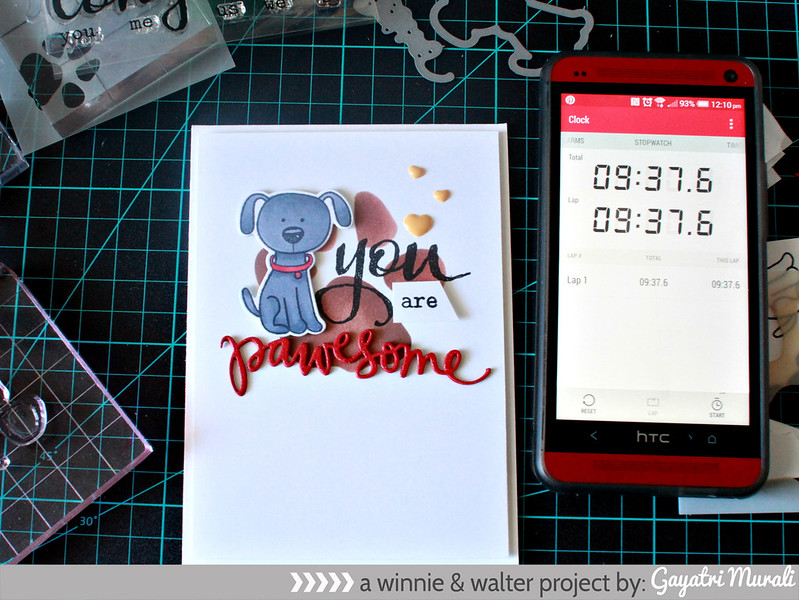 So for the card, I diecut the pawesome die three times. I stacked and glued them. I had all my stamps mounted on the blocks, cuttlebug, stencil, copics and inks ready to go. I also had  card base made and panel trimmed before I started. So I sponged the big paw on the centre of the white panel. Then on a scrap piece of the cardstock I stamped and colured the dog with copics. I then diecut the dog. I stamped the “you” and “are” on a strip of white cardstock which is trimmed at an angle using Winnie & Walter’s The Big, the Bold and You stamp set. I mounted the dog diecut using foam. The “Pawesome” diecut is glued below the dog die cut. The are strip is glued using foam. Finally adhered the enamel hearts. The white panel is mounted on the card base using foam adhesives. Phew!!! Almost didn’t make it! 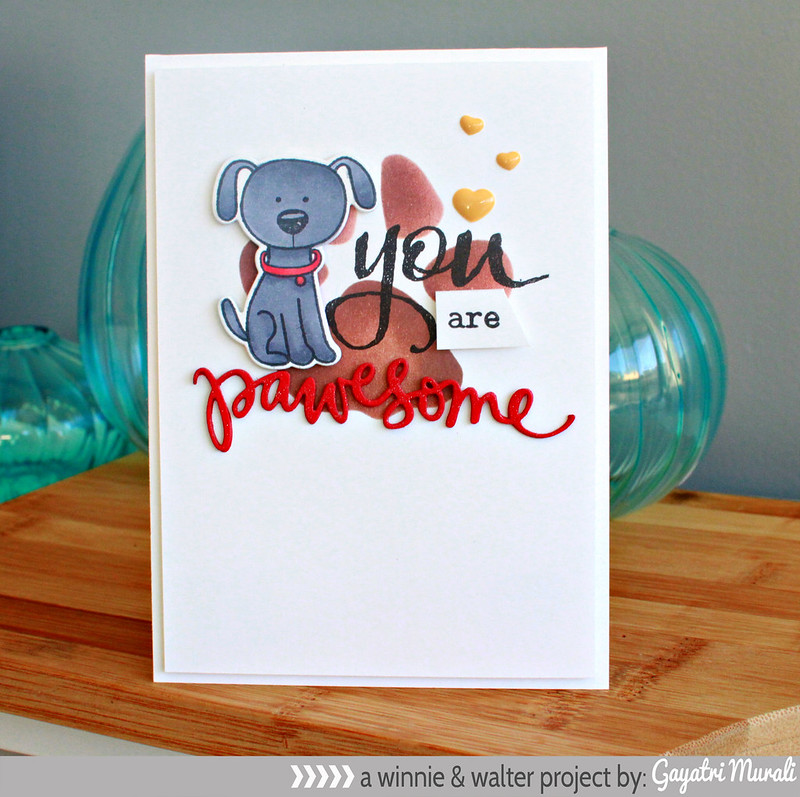 The stamp set, die and stencil I have used are called You are Pawesome. You can get them either individually or as a pack from Simon Says Stamp shop. Here is a closeup! I love the raised Pawesome die cut. 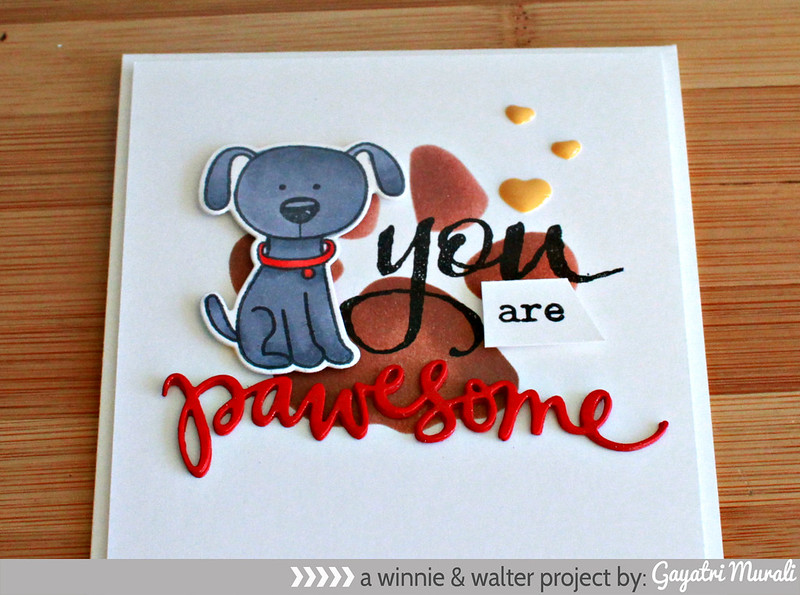 Now if you like to see more 10 minute cards, head over to Winnie & Walter blog. Make sure you leave comments on everybody’s blog. There is a $30 gift certificate prize from Winnie & Walter. Yay!
See you tomorrow with another share the love week card 🙂

Published by Handmade By G3

View all posts by Handmade By G3