Today I am participating in Tracey McNeely’s 25 Days of Christmas Tags as design team member of Curtain Call Challenge.

Here is my Christmas tag. 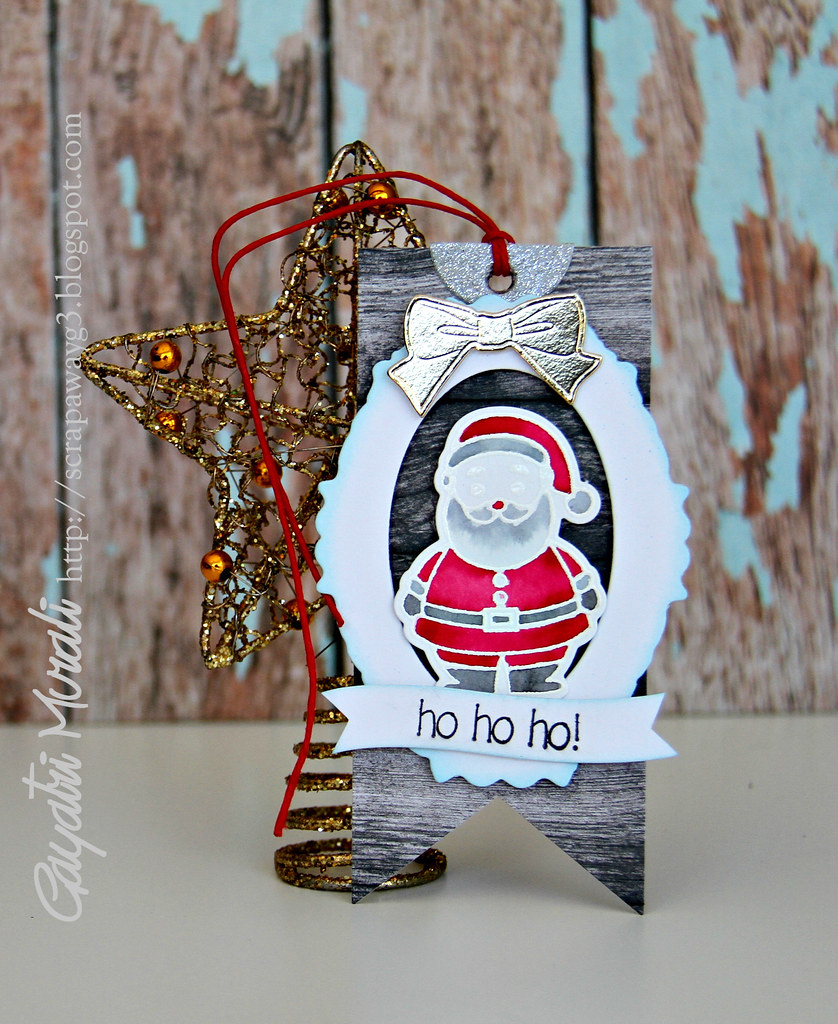 I have used fish tail banner die from Paper Smooches to die cut my main tag using white cardstock as well as woodgrain pattern paper. I have glued the woodgrain die cut on to the wite cardstock die cut for stability.

I then die cut the frame using PTI silhouette die and sponged blue ink on the edges. The Santa is from Cute Christmas Characters from Clearly Besotted for Simon Says Stamp. I have white heat embossed the santa on watercolour paper, then watercoloured it. When dry, I used the coordinating die to die cut the santa. The gold bow is die cut using Taylored Expression die. The sentiment is from the Cute Christmas Character stamp set which I have stamped on to one of the tiny banner die cut from Simon Says Stamp. I trimmed off the folding banner edges and cut of fish tail ends with scissors to be able to fit on the tag. This sentiment strip is also sponged with blue ink on the edges. 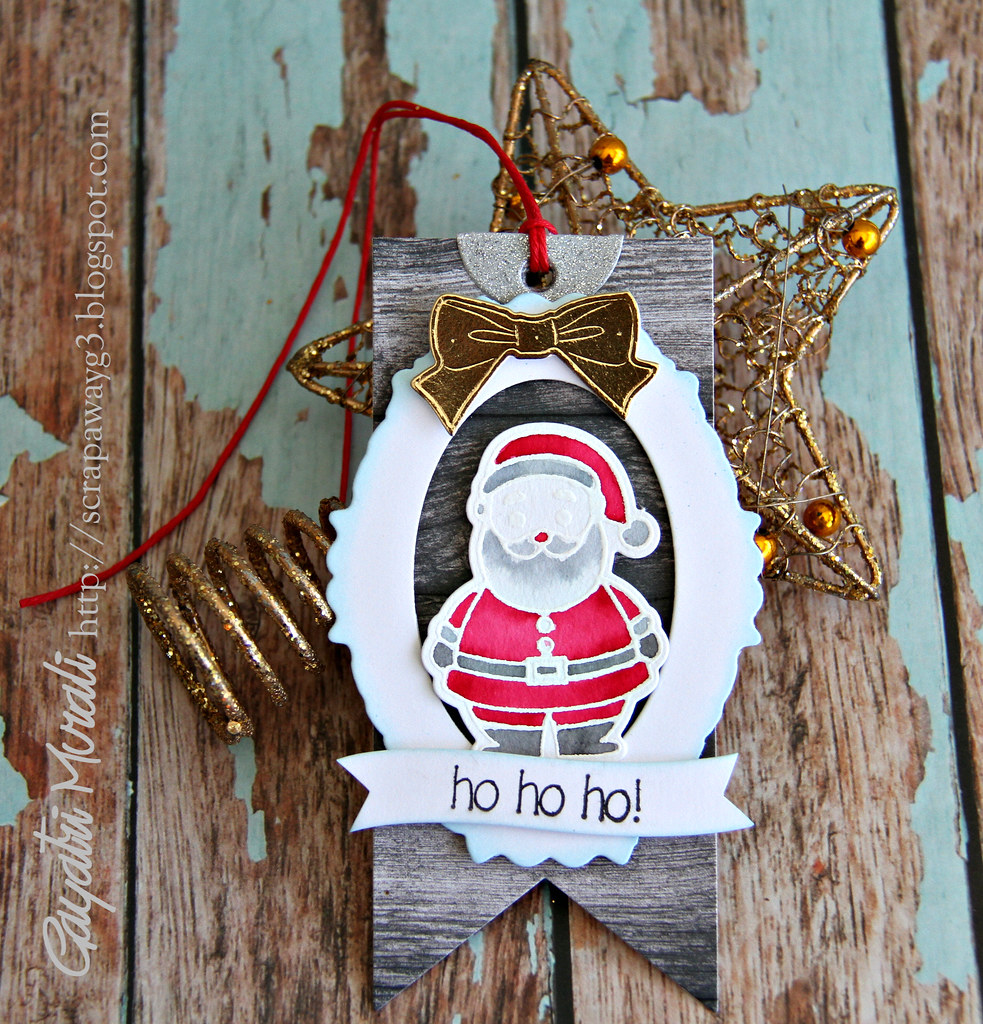 I wanted to move away from the traditional looking tag to something totally different. I decided to rummage through my leftover diecut box to pick the diecuts to use on the tag. Except for the santa, others were left overs. It is a good feeling to reuse 🙂
There are plenty of prizes to be won through Tracey’s 25 Days of Christmas Tags.
These are some fantastic prize sponsors:

Make sure you leave a comment to enter a chance to win a prize from one of these fab sponsor.
Thanks for stopping by!

Published by Handmade By G3

View all posts by Handmade By G3

27 thoughts on “25 Days of Christmas Tag with Tracey McNeely”